Posted at 13:31h in Artists by GiacomoAdminz
0 Likes 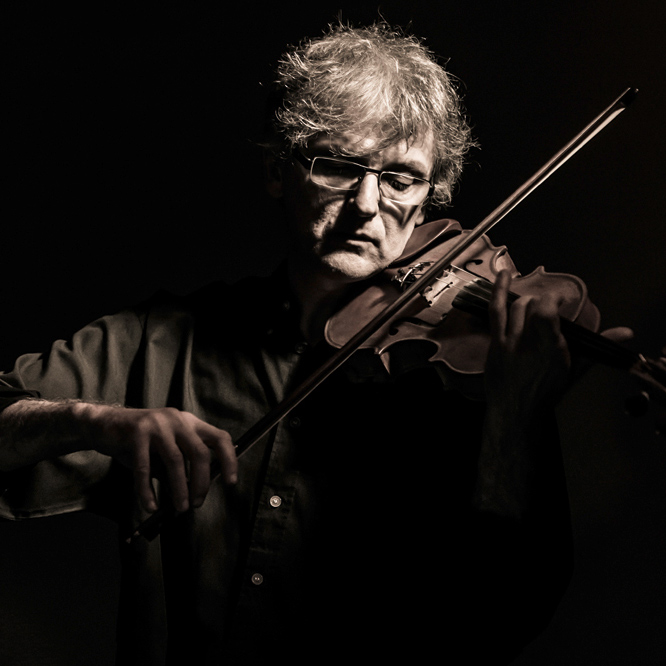 Philippe Brasseur is a belgian musician. After classical violin studies and university in Brussels, he started to teach violin, lead small student bands in classical chamber music. He formed and conducted an amateur orchestra, the Nota Bene ensemble, specialized in Film music.  He formed with Claude Hayard and Emma Adrian the band Hora Cero in 2006, an Astor Piazzolla dedicated trio that  became a quintet later with the vocalist Corinne Mommen and bassist Tony Palsterman; together they played nuevo tango music, recorded 3 CD’s  including one with his own compositions for the band (Au delà du miroir).

As composer, he wrote music for theatre events also for short films and his first solo album came out in 2010, called “no transit for nomads” a crossroads between classical, jazz and world music.

He is also luthier, since 1990. He plays only on self made instruments, of course violins, violas but more recently also acoustic and electric guitars.

The recording of Gold took a long time to complete, due to a sadly workshop accident which caused serious injury to his left hand, losing half of his first finger. After a long reeducation, he was  able to play violin and guitar again, but with less confidence for classical repertoire and a preference for playing exclusively his own compositions. Gold is a testimony of the long journey from darkness to peace.