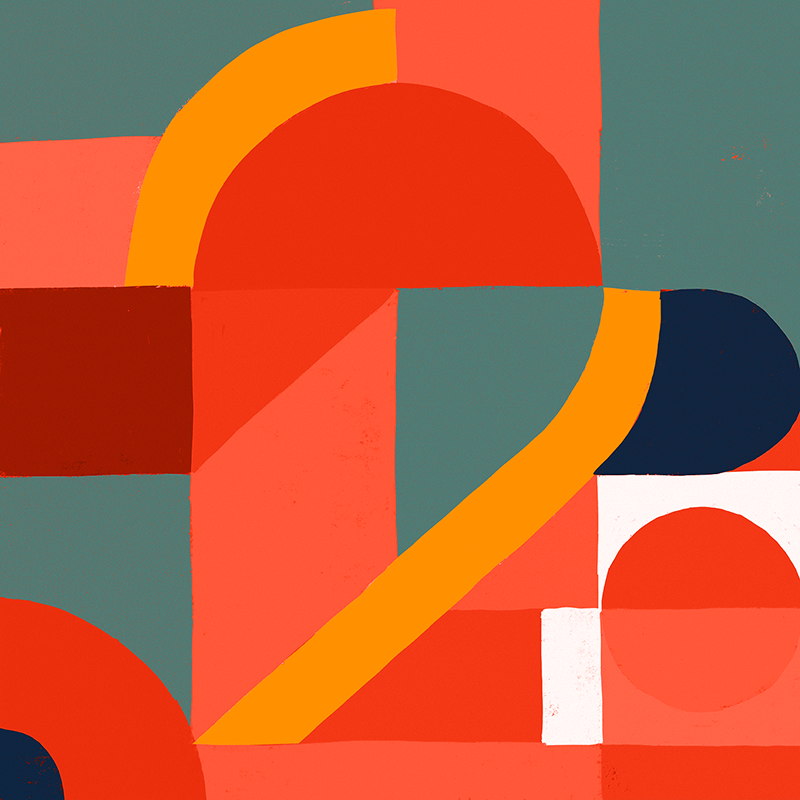 “2” is computer music, sure, but it never sounds like it; achieving an organic, textured quality through the use of manipulated ‘real’ samples and the ever-present noise and crunch of the cheap Behringer mixer each note was subjected to as it passed between two laptops. There are borrowed string plucks. Hands slamming on tables. White noise synthesis mangled by poor quality preamps driven hard into the red.

The whole thing was made in just one week at a house in Prenzlauerberg, Berlin. Taken back to Nick’s then-home in Vienna on a 6am flight from Schoenefeld for final mixing.

The A-side of the single is a heavily abridged version of the full composition, coming in at a relatively succinct 6:30. It is accompanied by a joyous animation by Italian designer, illustrator and video artist Alissa Thaler – who also created the artwork – itself appearing to contain the entire universe and all of life within it perhaps even more than the music.

The B-side is a ‘Herbert rules’ style remix – abiding specifically to rule 11 of the Matthew Herbert’s manifesto – only using audio contained in the original. Parts are familiar. Parts are beyond recognition. It was made remotely, passing stems between Berlin and Brighton. There will be a video released next year by Brighton video artist Dutch Wine.